Be sure to submit your application by the Application Deadline 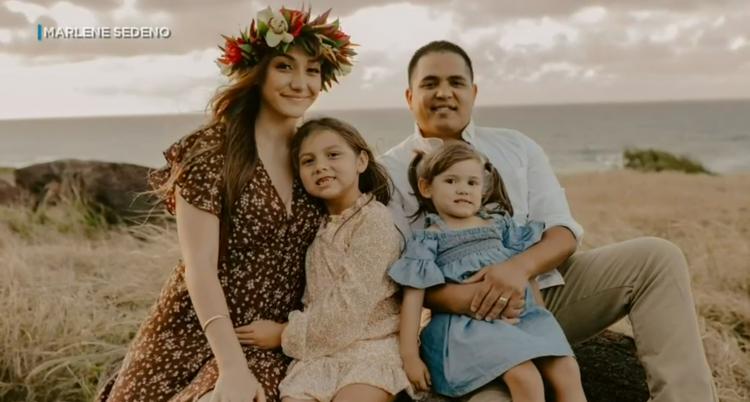 It all started at Leeward! In May, among the thousands of students earning bachelor degrees at the University of Hawaiʻi at Mānoa, Marlene Sedeno will claim a particular distinction among the Class of 2020. The economics graduate, who started her academic journey in 2014 by taking online classes at Leeward Community College, is the first UH student to have successfully completed almost all of her courses via distance learning programs through Leeward CC and the College of Social Sciences’ (CSS) Aloha Pathways program.

“I get emotional thinking about graduation, because it hasn’t been an easy journey given my circumstances,” said Sedeno, a 24-year-old mother of two girls. “I would define the successes that I experienced as graduating with my economics degree, maintaining a high GPA in the process, and never quitting or taking a break from school, no matter how many times I’ve wanted to.”

CSS Dean Denise Eby Konan said, “We are so proud of Marlene’s accomplishments. She is an inspiring example to anyone hoping to pursue an online UH bachelor’s degree. Her tenacity demonstrates the reality of earning a college degree while beautifully balancing family and work commitments.”

CSS developed its online degree courses for students seeking more flexibility in pursuing their higher education, while retaining the personalized attention and access to resources that they would find in a traditional brick-and-mortar classroom. “With Marlene’s successful experience through our Leeward CC and CSS partnership, we believe that we’ve found the right mix that provides students, who are juggling school and other demands, with an alternative that suits their current needs,” said Konan.

Sedeno, an Oʻahu native,  graduated from Mililani High in 2014. “I had my daughter while still in high school and, immediately after graduating, enrolled at Leeward as a part-time student taking online classes for an associate’s degree while working part-time as a waitress,” she said.

In her second year at Leeward CC, she discovered which subject matter resonated with her. “I wasn’t sure about what I was interested in at first, but then I took an economics class and found the concepts compelling,” Sedeno said.

That’s when the idea came to her: Why not pursue a bachelor’s degree online at UH Mānoa after taking core courses at Leeward CC, where credit hours were more affordable? Sedeno thanks academic advisors at both campuses for turning her dream into a reality.

At Leeward CC, Sedeno, who is Native Hawaiian, was classified as a liberal arts major. She met Kalei Ruiz, an academic advisor familiar with Leeward’s Native Hawaiian support program and the Kaʻieʻie program that helps UH Community College students transfer to UH Mānoa. “My love for my native culture and language flourished, because of the kumu who taught these classes, and how Kalei guided me through these courses,” said Sedeno. “He was also proactive, suggesting which classes I should take at Leeward for a smooth transition to UH Mānoa.”

The timing was perfect. CSS had just launched an integrated, fully online economics degree, so McGowen could access academic advising and support at the flagship UH campus as well. “Although I was a distance learner, I was still able to connect with my economics academic advisor at Mānoa, Dawn Nishida. She offered counseling appointments for me on the phone, and connected me with other campus resources. She continuously supported me, rooted for me and became familiar with my needs, even though we met only once in person during my entire enrollment at Mānoa. Dawn made me feel vested in the campus and community.”

As she heads toward graduation, Sedeno looks back on the online Aloha Pathways program with optimism that her bachelor’s diploma will lead to a solid career with a non-profit organization. She recommends it highly to anyone who—like her—is a motivated, determined, self-directed learner looking for a flexible higher education that can meet lifestyle needs.

She describes herself as a far cry from that tentative 18-year-old pushing her baby in a stroller to see the Leeward CC campus and to introduce herself to her academic advisor. “It was hard giving up family time to do homework, but I knew it was needed to benefit my future as well as family’s future,” she said. “The odds of me graduating with a four-year degree seemed against me, so I’m grateful for all the support that I’ve received along the way.”

Information on the Aloha Pathways program.