During the coronavirus pandemic, please be aware of all necessary health and safety precautions. The CDC’s COVID-19 website and Campus updates and details. 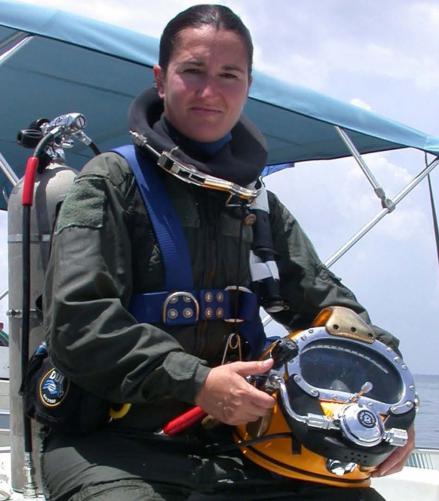 Moniz is an ROV Pilot/Engineer, Diving Safety Officer, and Underwater Cinematographer. She has also worked over the past twenty years, as a lead Science Diver and Diving Instructor. Ms. Moniz is founder and Director of Operations for Benthic Exploration, a company specializing in marine technology including ROV, AUV, Side scan, and sub-bottom profiling technology. Her work can be seen on Modern Marvels, Nautilus Live, Oxygen's "Smiley Faced Killers," the Discovery Channel, and National Geographic.

She has served as the lead science diver and underwater cinematographer for the University of Massachusetts – Marine Science and Technology Campus, and the University of Rhode Island. She has worked as the underwater Director of Photography for the Virginia Institute of Marine Science, Museum of Natural History in New Mexico and has acted as Science Advisor for the underwater-segment for “Evolution” an eight hour PBS series for NOVA. She has also worked on several Discovery Channel productions.

Ms. Moniz is a full member of the American Academy of Underwater Sciences, Divers Alert Network and, the Boston Sea Rovers.She has published a number of articles for both magazines and newspapers. She is currently working on a novel.